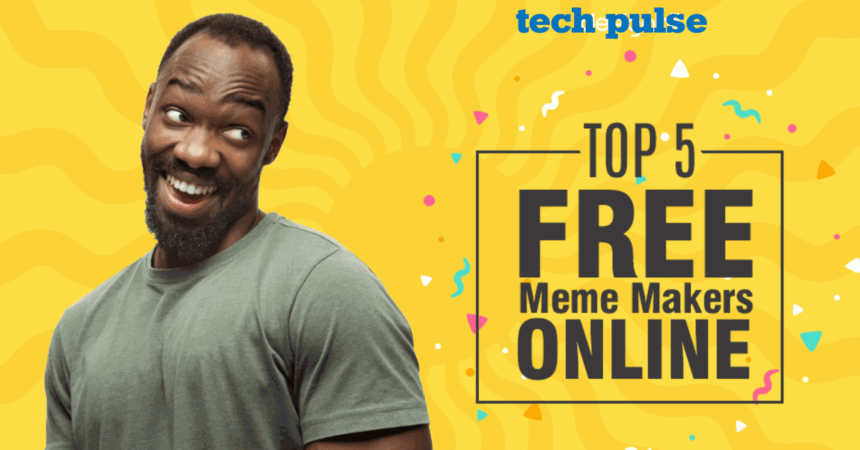 Recently, memes have taken the internet by storm and our news feed is full of such memes about a wide range of topics that will definitely make our funny bone tickled. Such memes are not hard to come by and even not harder to make online. In fact, some people on Facebook have whole pages devoted to memes, to entertain people. Memes are quite useful in reducing the stress accumulated by our sedentary lifestyles. Below are some of the online websites, which can generate memes based on the users? interest and topic.

Rage is one of the best Meme creating sites with a variety of options for creating Memes? The forever-alone guy? The Spider-Man? Happy Female? and many others. The user has to log in or register him/her with the website. There is a plethora of template plates and the table present is there for editing various memes to give a unique touch. The various emotions listed are- Determined, Happy, Sad, Sexy Time, Surprised, and many others. There are various tools for improvisation as well. There is a provision of writing with a mouse as well.

Contrary to its name, the Quick Meme is not quick. There are different sections such as ?Popular?, ?Newest?, ?Random? and many others. This website also has ?gifs? which are typically animated images without sound. With a variety of funny Memes, this website allows users to caption, share and edit the memes and even upload a picture and caption it. This website is suitable for internet meme fans. The user has to login or register him/her with the website. Quick Meme powers the user to create a meme and share it via the internet making it viral.

The Meme Generator has a medium interface filled with meme images just like any other good meme website. Also being one of the fastest and most popular meme building and designing sites, this website allows users to view memes created by others. Another popular feature is the fact that this website is very user-friendly and any first-timer can generate their own memes and once they register they can view their creations in the site.

Troll.me is a meme generator site which has a new modern interface and design and which is quite convenient to use for first timers and novices. Though creation of a profile is not mandatory here, it is advisable for the same. With different headings like Popular Meme and New Meme this site is way ahead of its league than others; especially so because of its interface and site design. This website is the place for creating the fast rising popular internet memes for making anybody laugh.

Meme center as the name suggests is one place for the creation of several types of internet memes. There are wide varieties of memes here like funny, rage, sad, epic fails, and many others. Along with the creation of several varieties of memes, this site also allows its users to create animated gifs and even share them on social networking sites such as Facebook and Twitter. With added options like, Comment this site is the one for people looking for better social visibility for their memes and gifs.

The word Meme is derived from the Greek word meme? which is indicative of following or copying something. Thus, the above websites can generate memes for you, which when uploaded to any social networking site, will give your friends and near ones a hearty laugh. Never before could a simple picture tell a humorous story before the advent of memes. So if anybody wants to create a unique meme or wants to have a good laugh the above sites are the best option for him/her.