If you’ve decided that you no longer want Microsoft’s Cortana digital assistant, the good news is that it’s rather simple to shut down. Windows 10 users will see Cortana functionality within the new Start Menu, and Microsoft has built a way for users to easily remove Cortana from their system. But the question is How to uninstall Cortana from windows?

Microsoft has now officially released Cortana as an app in the Microsoft Store. It means anyone can try out the digital assistant without installing a new version of Windows 10. Here’s how this applies to Windows 10: Most of us have no need or interest in what Cortana has to offer which is where the ability to uninstall Cortana comes in handy. As a professional, you don’t need apps like Cortana. As an engineering student, you are using the Best Laptop for Engineering Student and you want to remove unwanted apps to make your laptop faster.

How to uninstall Cortana from Windows 10

You can easily uninstall Cortana from windows 10 by following the below guide:

How to disable Cortana in Windows 11

There are two ways to disable Cortana in Windows 11. The first is quick but doesn’t allow you to access any of the setups prompts for Cortana. The second method involves disabling Cortana entirely but also includes extra steps that grant you access to the setup prompts too, allowing you to tweak your settings manually.

Hopefully, you have got your issue resolved after reading this guide. 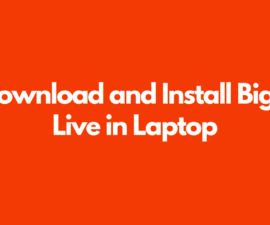